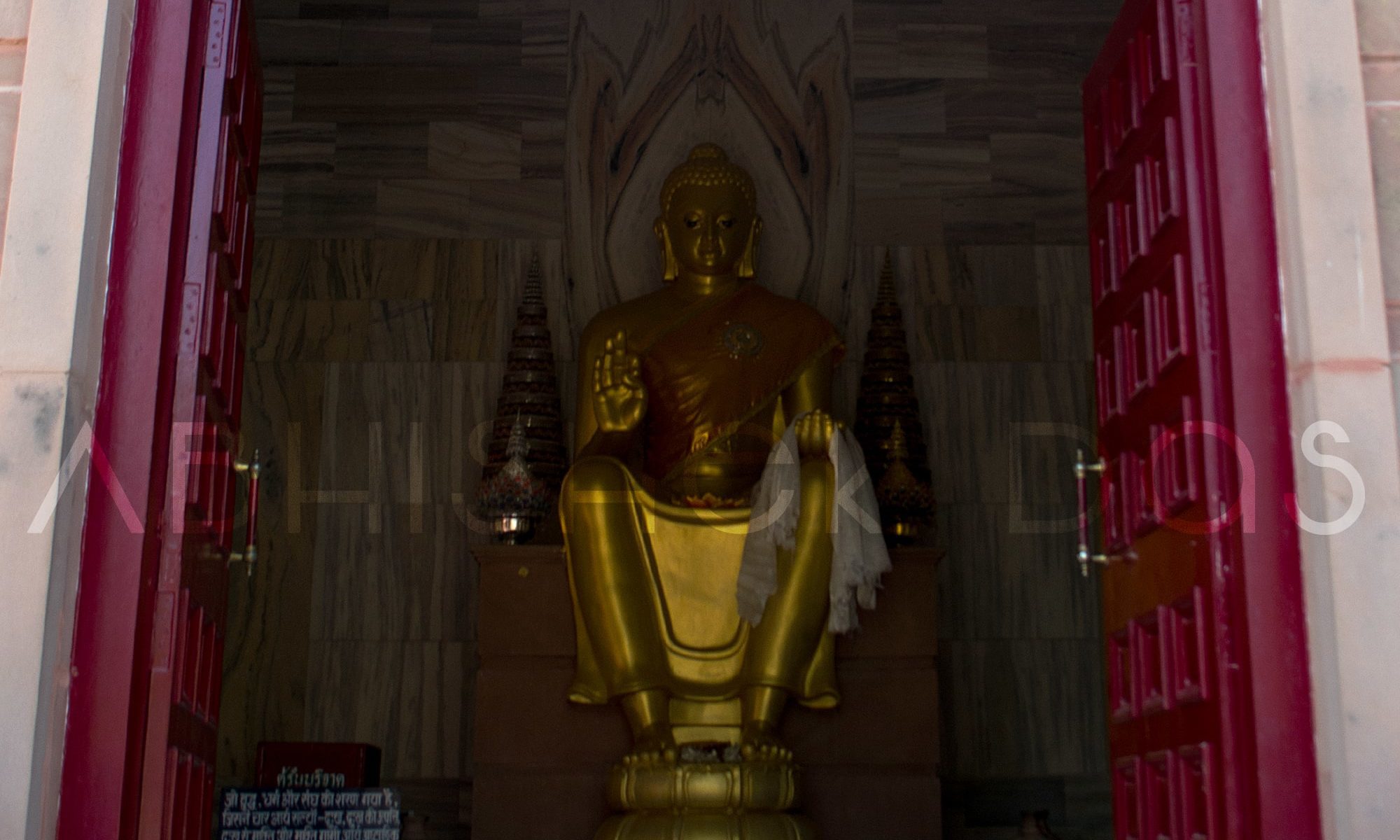 The following day towards Sarnath-Esteem Preachings of Lord Buddha. It is a prominent Buddhist site in the world as Lord Buddha sermoned his first batch of disciples after his enlightenment. His first preaching, Maha Dharmachakra Pravartan, was in religious language Pali which means set in the motion Wheels of Dharma at this very holy place.

Chinese scholar Hieun Tsang has mentioned in his scriptures about this city of its magnificent Stupas and monasteries built by Emperor Ashoka. This city was excavated and rediscovered in 1863. The ruins of the temples and monasteries speak many stories of themselves and their glorious past.

After an adventurous day in the main city, I spent the night in a hotel at Varanasi and early morning I reached for the shared auto heading towards tranquillity of Sarnath. It is a magnificent place with various sites and temples scattered all over the places. I spent a lot of time visiting various sites there and the time was well spent. I was mesmerized by the ancient remains of the legendary collection of the artefacts.

Even though guides are available in plenty it is worth mentioning that nothing pleases one’s soul more than being your own guide. Once you reach Sarnath, it is easy to explore on foot. A green and calm village named, Sarnath in Varanasi, is now the house of temples from all over the Buddhist countries. Sarnath is an important tourist attraction from around the world, especially on Purnima (Buddha’s birth anniversary), when Buddha’s life, death and enlightenment are celebrated( April/May).

Sarnath is at a distance of 10km from Varanasi. It is easily accessible by auto and buses. Share autos are cheap to reach Sarnath. You may also hire an auto to reach which may cost up to ₹ 100.

The first spot on the left side when you head towards Sarnath from Varanasi is the Chaukhandi Stupa. The lofty brick structure is one of the important architectures, it was constructed during the Gupta dynasty. It was named Chukhandi Stupa as it consists of four corners with a terraced Buddhist Stupa. The tower on top of the stupa depicts the Mughal architecture.

It is believed to be constructed in the 16th century to mark the visit of Emperor Humayun. This is well surrounded by the park and benches around it. The place is less crowded compared to other stupas and temples. The image of Buddha in Dharamachakra Pravartan mudra and leogryphs with swordsmen was excavated at this place. There is no entry fee for this place and photography is allowed.

Wat Thai Temple will surely leave you with the peace and calmness that you always long for. It might look like a small temple but this very small temple took almost a decade to be built. Before the main temple on the right side, there is a picturesque statue of Lord Buddha delivering his sermon to his disciples and there are three more statues of Buddha in different postures.

On the other hand, there is a huge standing statue of Lord Buddha around 80m, which is surrounded by a clean park with a variety of colourful flowers and running fountains. Remains of Ashoka Chakra and pillar around the temple asserts its historic presence. I spotted a few monks in their traditional orange robes around the temple. There is no entry fee for the temple and photography is allowed.

Lord Buddha had sermoned his first disciples at this stupa. The red brick constructions of the stupa and the ruins of 243 AD is a perfect slot for time travel. The beautiful park with the fragmented pavements will give you a glorious view of the temple and its ruins. According to Buddhism always start your trail from the left to right.

People from all over the world visit stupa to pay homage to the great spiritual leader and feel spiritual perfection. This place is busiest during holidays, people from the city and surroundings gather for picnic and get-togethers. Yet the place is quite big to find your peace and connect with history. There is an entry fee for visitors, the charges depend on the nationality of the tourist.

It’s another time capsule with four sections in it. It was built for the protection of the ruins safely near Wat Thai Temple. Many of the statues and the important structures of stupas are well preserved in the museum with all the details mentioned on it. Photography is strictly prohibited in the museum for the preservation of its arts. There is an entry fee for the museum. It is open from 10 am to 5 pm and is closed on particular days of weeks.