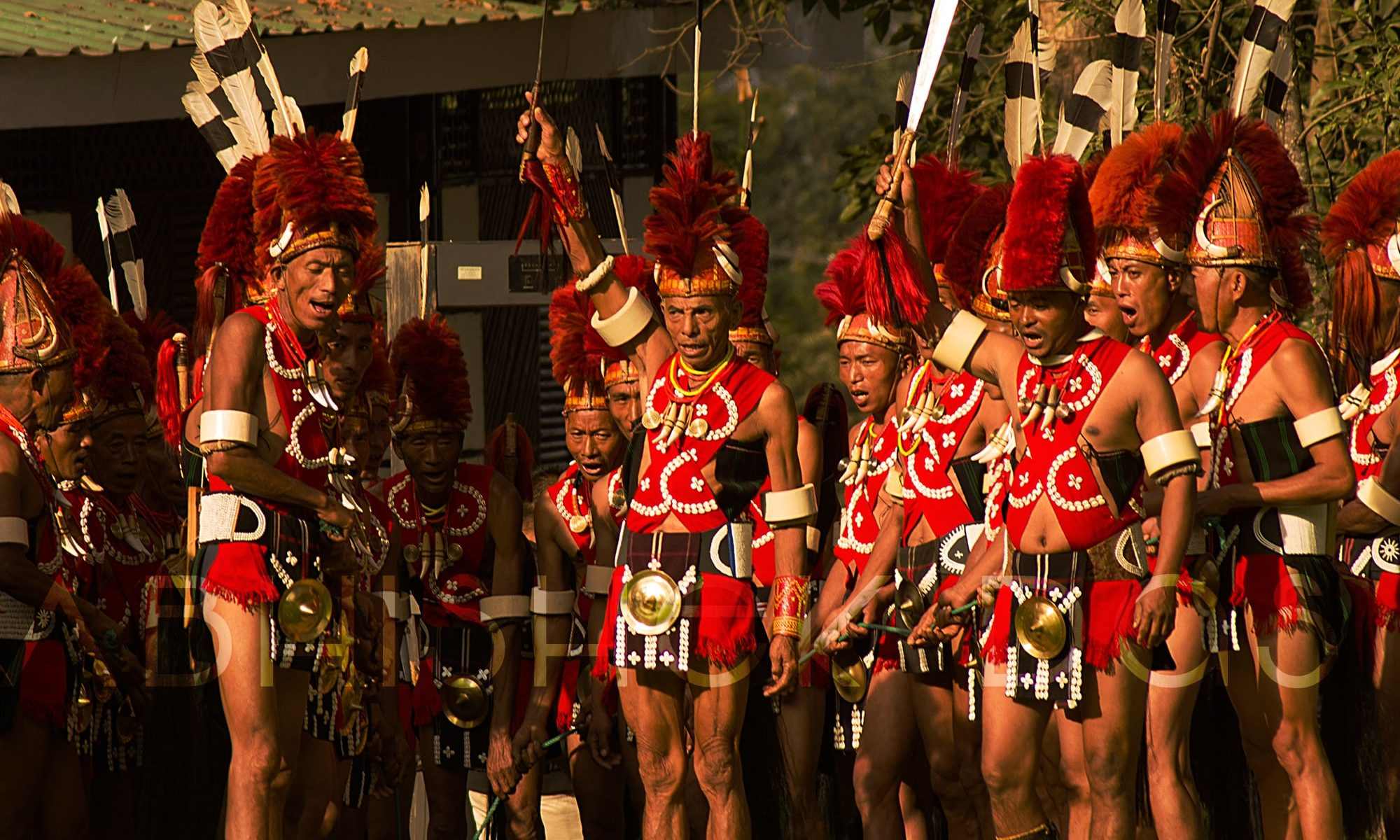 The reckless trek in the valleys of Dzukou will remain forever as the treasure in my memory. It was time to witness the grand ceremony of the Hornbill Festival of Nagaland. I changed my plan due to time constraint as I had only one day in hand to be the part of the “Festival of Festival”. The colourful festival, displayed by the inter-tribes of Nagas, fascinates the tourists from all around the world.

Legendary folk dance, songs, and other interesting performances are organised in the carnival that emphasizes the aesthetic legacy of Nagaland. Even the night street of Kohima is decorated by colourful stalls with the fragrance of varieties of food. The celebration and concerts of the carnival will surely tempt you to be in Nagaland with a sense of being closer to our Nation.

The Hornbill festival is organized every year by Nagaland Tourist Department and Nagaland State Government. It is held at Kisama Heritage Village for 10 days in the first week of December. The village situated below the range of Mount Japfu is designed to give an authentic feel of ancient Naga. The carnival is entitled in the name of a large and colourful Indian Hornbill bird. This forest bird is a part of the customs for the common theme of Naga tribes.

This celebration unites the people of Nagaland to promote their rich cultural diversity. The lively folk dance and traditional songs engross the whole arena. The occasion of this inter-tribal interaction provides us with the opportunity to understand the food and custom they exhibit during the festival. Such efforts result in a big achievement of dignifying North East states at the global outline.

How to Reach the Venue?

About 12 km from Kohima lies The Heritage Village ‘Kisama’. Shared and hired taxis are frequently available from Dimapur junction area that will take up to 3hours to reach Kohima town. Further, Kohima is a well accessible town with more reliable road connection which will make the journey easy for the travellers to reach Kisama village.
NOTE: The nearest airport and railhead is in Dimapur.

Understanding the Festival of Festivals

My trip to Nagaland came to an end with the grandeur ceremonial of Naga heritage. The colourful Hornbill Festival begins with a parade starting from the arena of Kohima town to Kisama Heritage Village. You can feel the vibrant spirit of the participants representing the grand event of North East. Unfortunately, I left my camera back at the dorm as we were unaware of the event happening in the town.

However, the day one of the events was an introductory part ensued by the gradual course of ten days. So, we decided to skip the first day of the festival and visited the main event on the second day. While we were wandering around, with the little break of twilight the Night Carnival pumped us with new zeal. During A night Hornbill Carnival the whole street is decorated with beautiful gimmick lights and local delicacies.

The street is filled with exotic food that includes dog meat, roasted silkworm/locust so before going any further deep into exotic items I decided to start with Jalebi and as the time passed I had tasted all. One who doesn’t want to be a part of the exotic evening can go for rice cakes, boiled eggs roasted millets or if you are a vegetarian, you can still relish regular food options available in the streets.

We left for Kisama Heritage Village next morning in a shared taxi. The Hornbill Festival is a glorious festive of India and is also called the Festival of Festivals. The crowd starts occupying the best seat at the Amphitheatre. It is convenient to reach beforehand to avoid a long queue for the entry ticket as the cultural show begins at 10:00 am.

One of the most authentic features of the Hornbill festival of Nagaland is the folk dance, followed with musical performance, sports, crafts and culture that are performed in the main arena of Heritage Village. It was time for lunch, we tried some of the lip-smacking local food of different tribes with luscious rice beer and explored heritage tribal huts which exhibit the primaeval lifestyle of Nagaland with traditional log drums, wooden carvings and costumes.

We returned to the Amphitheatre at 2:00 pm for more exciting performances that continued till 4:00 pm in the afternoon. The cultural programme came to an end with an artistic display of primitive life of Naga people in the village. We turned towards the main highlights of the festival for the traditional artwork, woodcrafts, sculptures, flower displays and the traditional Naga Morung Exhibition.

After the mellifluous musical concert with a cup of tea and snacks, the programme of the day two came to an end. It was an inspiration for me to be a part of such an energetic culture. Travelling to Headhunter Basti, Through The Land’s of Ao, Exploring Beautiful Kohima and making new friends, it was something more than accomplishment.