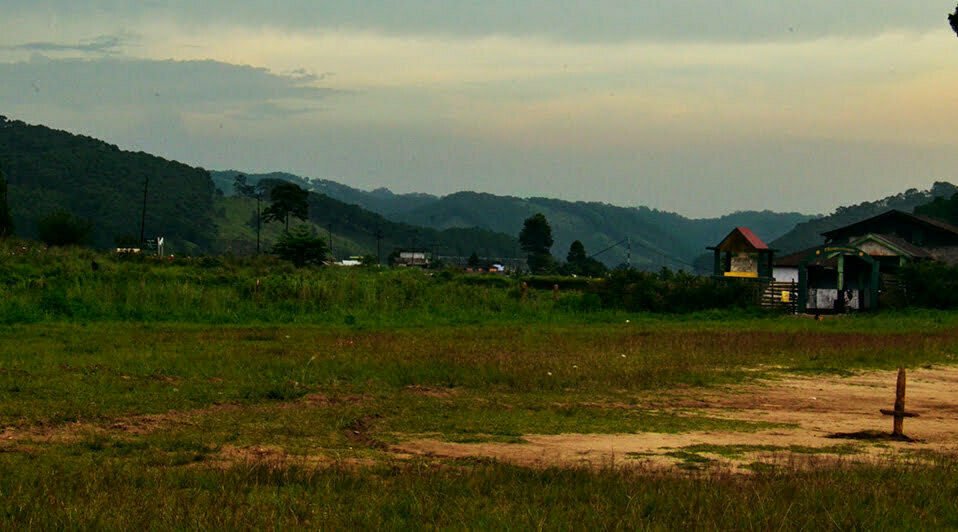 Exploring the Hills of Jaintia gives you the glimpse of the 600-year-old holy temple which is one of the 51 Shakti Peethas of Hindu religion. It is located on the top of the West Jaintia Hills in Meghalaya. The temple has an idol of Goddess Durga, the main deity. It is believed that there used to be the human sacrifice in this temple but now goat masked with a human face is sacrificed.

From the temple, there is a beautiful view of a series of mountains with the downrushing Myntang river “ Guardian Angel“. During the festival, hymns are chanted and the sacrifices lead to blood flowing down the river. Being the Shakti Peethas very few tourists from other states know about this place. Mostly locals and a single priest handling the temple.

Kiang Nangbah Monument was built in the honour of a Jaintia patriot “U Kiang Nangbah” who died as a martyr in the struggle for the freedom of the Jaintia land from the British rulers. This historical monument is at the centre of a vast field known as Madiah Kamai Blai which is on the banks of Syntu Ksar.

The field represents great historical importance, as there was a meeting of Jaintia-leaders took place in 1861. There is a school of fish in the river. You can try your luck by throwing your line in the river. The best spot as if your drawing from the child comes to alive before your eyes. Exploring the Hills of Jaintia with vast plains, a small tributary is flowing and small villages around the foothills.