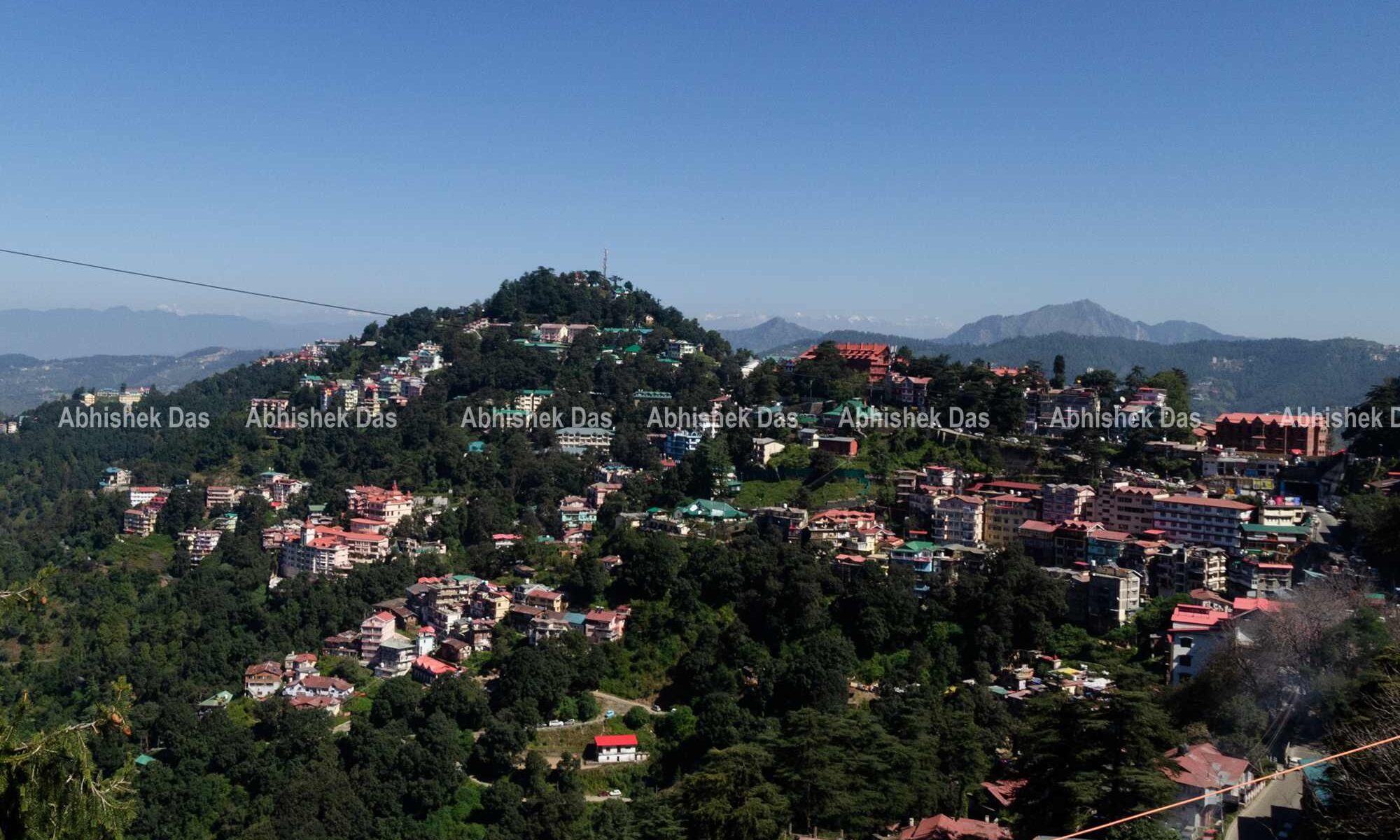 A journey, after all, sets out an opportunity to discover the treasure of the day that never ends when we reach our doorsteps again. I left my true heart at the beautiful hill station in the foothills of the Himalayas with its trails to the backwoods of nature’s soul. The enigmatic glory of Shimla with evergreen forest, deep valleys, pleasant climate and colonial ambience- all consolidate to enfold the charm of its own. The splendours of nature with a wide range of attractions fascinate every tourist with its unique appeal form. When I planned to travel, it was tough for me to finalize the list of things to do in Shimla. So get set and gear up for an exciting trip to one of the most visited places near Delhi.

My tale of Himachal Pradesh starts from the capital city Shimla. When I arrived, the beautiful hill station welcomed and gave me the thrill of watching the mystical mountains with the fresh breeze. I felt found Nirvana! Fortunately, from Delhi, I got a window seat on the bus that allowed me to relish the beautiful scenes along the well-maintained road surrounded by green valleys. I decided not to book online rooms on this trip rather stay in hostels. Though there are very few hostels, I managed to find one. It was my first time staying in a capsule form of bunkers. The new exciting journey began with making a few new friends in the hostel that led to the memorable experience of the splendid natural beauty of Shimla.

A Short Tale of Shimla

Shimla, also popularly known as The Queen of Hills, is the capital city of Himachal Pradesh. The beautiful hill station is at the elevation of 7437feet above sea level in the hills of the Himachal region. It gets its name from Shyamala Mata, a divine avatar of Goddess Kali. The Tibetan script Arya Astha Sahasrikas Prajna Paramita of the 16th century boasts the ownership of a beautiful town. Later, the British founded it as the Summer Capital of India during its reign for its pleasant weather in summer. After independence, Shimla served as the capital of Punjab till the new state Himachal Pradesh came into existence.

Checklist of Things to Do in Shimla

Shimla is a perfect weekend getaway that offers more than elegant colonial buildings against backdrops of the Greater Himalayas. My itinerary for Shimla began with the ride of the UNESCO heritage toy train. It churns slowly up into mountains at winding tracks flanked by age-old trees seemingly playing hide and seek. The route is also famous for the popular Bollywood shooting location as Kashto maza song from Parineeta. It was fun to explore Shimla, the city of walkable distance, the village trails or stairs make the path shorter. As a popular Indian holiday destination, it provides a perfect break from the city with your travel plan, and I like to add a few things which may make your journey memorable.

Heritage walk around The Mall Road

Shimla boasts of preserving the charm of the old-world architecture in its original form. The Mall road is the main shopping street, makes popular for various tourists seeming for clubs, bars, eateries, shopping centres and some budget souvenir. It offers much more with its stories, legends and heritage equally exciting. Beginning with The Scandal Point, the famous narrative for its name has it that Maharaja of Patiala had an attachment with the daughter of Viceroy, eventually exiled from Shimla.

Be prepared for the entranced by a pleasant colonial walk. Pass Christ Church fresco designed by the father of Rudyard Kipling on the ridge. The existence of General Post Office, 133-year-old, in the form of wild west Swiss-style is a souvenir. Walk past the grandeur century-old Gaiety Theatre, and you will feel the aura of its past. Take a break at the steps of The Town Hall now used by the Municipal Corporation of Shimla. Get a stopover at the neo-Gothic Gorton Castle built amid gigantic Deodars before you move to the ancient Kali Bari Temple.

On the way, Mall Road to The Himachal State Museum, I spotted colonial architecture as Vidhan Sabha, the State Library and the spectacular Grand Oberoi Hotel. It is a pleasant walk of around 3kms. Formerly the enormous house of Himachal State Museum was the estate of the old Victorian mansion. The colonial building built in early 1860 was a small mud roofed house. Later in the 1970s, it was carefully altered to adapt to the museum surrounded by sprawling lawns. The museum aims to preserve the state’s culture and archaeological artefacts.

The state museum has a decent collection of rare sculptures and beautiful paintings to old coins and exquisite handicrafts from all over the state and from other places. It is segmented into different galleries that present Indian archaeology, Himachal archaeology, Prehistoric objects, Wood Carvings, Monuments, Arms Gallery, Philatelic, Anthropological, Pahari Miniature Paintings, Contemporary Art, Wall Paintings Gallery and a lot on display. The unique section of the gallery is the collection of Himachali dolls displaying the costume of local people.

A historical mystique building, a marvellous work of Scottish architecture, is now a well-known Indian Research Centre. One of my roommates from the hostel recommended I should not miss this grand architecture of Shimla. I redirected my GPS from the museum to IIAS, displaying a short distance walk of 550 metres. It’s beautiful to explore on your feet as you can take a break to adore each moment. The sudden fog covering the street, rays oozing from leaf makes the enclosure a fairy tale.

The prestigious edifice initially was the house of Viceroy Lord Dufferin of India during 1884 and 1888. Later in 1964, it was converted to a research centre by the former president of India, Dr S. Radhakrishnan. The perfect serenity, calm, and peace amidst the mesmerizing scenic beauty of the garden in a pristine environment encircle this centre. It hoasted many historical events as the resolution to separate Pakistan from India was taken here, and the conferences for Shimla Agreement 1947. It was sunset by the time I was about to leave the place. It was spectacular and a memorable one.

What and Where to eat?

Being a popular tourist place, Shimla has an endless lineup of restaurants and cafes. One of my favourite cafes was Wake and Bake having bright yellow shutters opposite Gaiety Theatre at Mall road. The cafe is friendly for budgeteers with a nice chilled out place to relax. I will suggest trying the cafes and restaurants at Mall Road that offers varieties of Indian cuisines. If you are looking for local Himachali cuisines to try, specialities are Sidhu- a sweet dish, Patandey made from a thin paste of wheat flour served with ghee, and then the Shimla apples are always favourite for tourists.

The hill town is well-connected by highways from the different major cities of India as Delhi, Gurgaon, Chandigarh and other regions. There are frequent state and private buses on alternative book a private car or outstation cab from any of these cities for a road trip. The nearest railway station is Kalka station, where you have to take the single-gauge rail for Shimla. The airport is at Jubbarhatti- 22 kilometres from the main town. The interconnected local buses are available for short-distance travel within the city. I will highly recommend leaving the vehicle and exploring by leisurely walking.

As a solo budgeteer traveller, I always look for the options of hostels or dorms and suggest the same if you like to interact with new people, make new friends and be comfortable with sharing your space with others. I stayed at a hostel near Altruist Technologies Pvt Ltd- difficult to find as it is not on google map. You may surf online to check competitive prices and call directly for cheaper rates. There are many agents on the road who will try to hitch you, be careful with them. It’s safe to have some well-done research before reaching the place.